I carried out the following project as my dissertation during my Product Design undergraduate degree @ The University of Leeds. My selected topic was; utilising water as a limited resource. Along with focusing on water consumption my concept also took on reducing the cost of entry into commercial hydroponics, making use of recycled materials and IBCs (intermediate bulk containers) which are a surplus to processed food production. 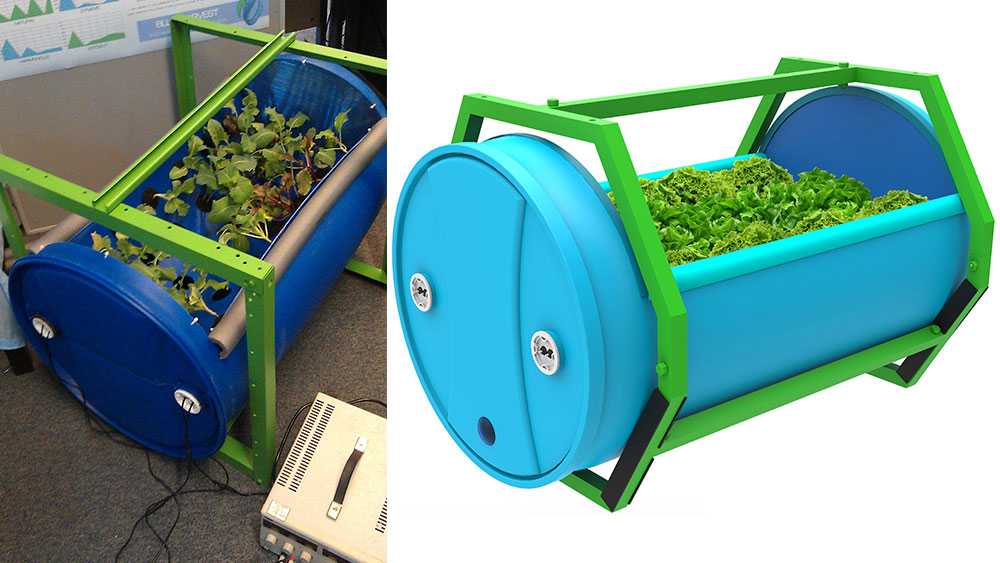 During initial prototyping, I tested a system with a submerged pump which produced a high-pressure mist through a rail system in the main rooting chamber. This is the most prevalent method used within the aeroponics branch of hydroponics, however, after research into emerging technologies, I decided to opt for a less mature, more compact, lighter and cheaper solution ultrasonic ceramic misters. These ceramic plates oscillate at a high frequency when supplied with an electrical current and can break the surface tension of water and when submerged, suspend a fine mist for roots similar to the rail system.

Ultrasonic ceramic misters were key to simplifying and in turn reducing the cost of the system. They could be purchased pre-fabricated in bulk, cheaply from China and required only light electrical modifications to be fit for purpose. This system also had the secondary benefit of being more economical to power over the life of the product over a traditional submerged pump as they could be operated in pulses and would not need to be constantly running. 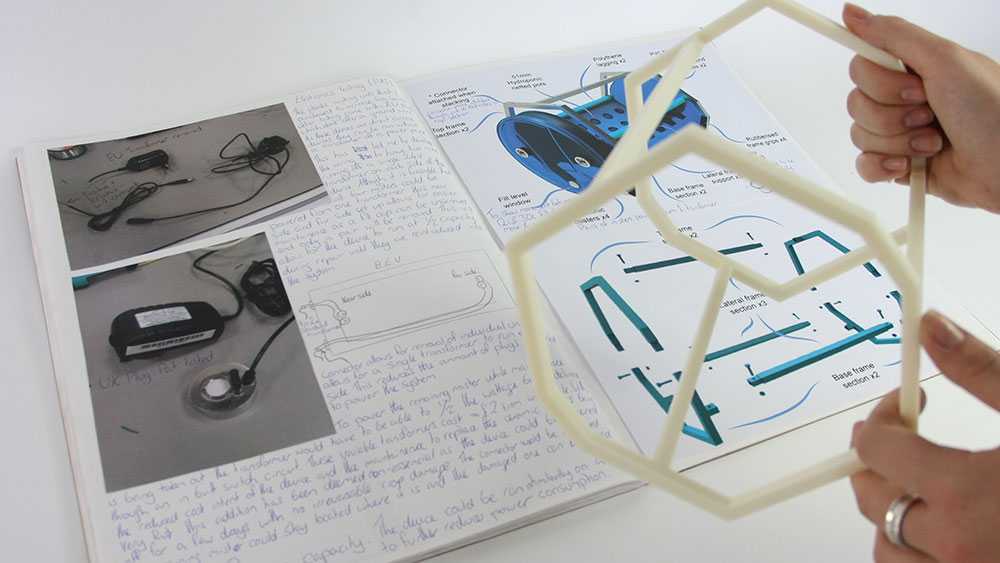 In the early iterations of my designs, the plan was to use storm gauge PVC pipe for the main misting chamber. This initial material decision came from wanting a large internal volume as this would allow for large root networks and give the ability to the growth of tubular plants (flexibility that the majority of competitor products could not match). However, this was a rather expensive component as well as the plastic choice not being particularly sustainable one long term, with the inability to recycle PVC. After further research, I found that using IBC’s (intermediate bulk containers) may be a viable replacement as they gave me a similar volume and were produced from recyclable high-density polyethene. Using recycled IBC’s would allow for dramatically reduced cost of the largest component within the solution. IBC’s are also cheap, standardised and produced in huge volumes as they are used extensively in chemical and food processing industries.

Pivoting towards IBC’s was the design decision which kept on giving as they are structurally designed for stacking for storage and distribution. During costing and research into distribution and storage of stock, I decided I could utilise the durable and hard-wearing plastic and remove the need for external packaging costs by the supplying all of the components of the product within the container as a kit. Their dimensions are also standardised for the maximum utilisation of space when shipped internationally in ISO freight containers. 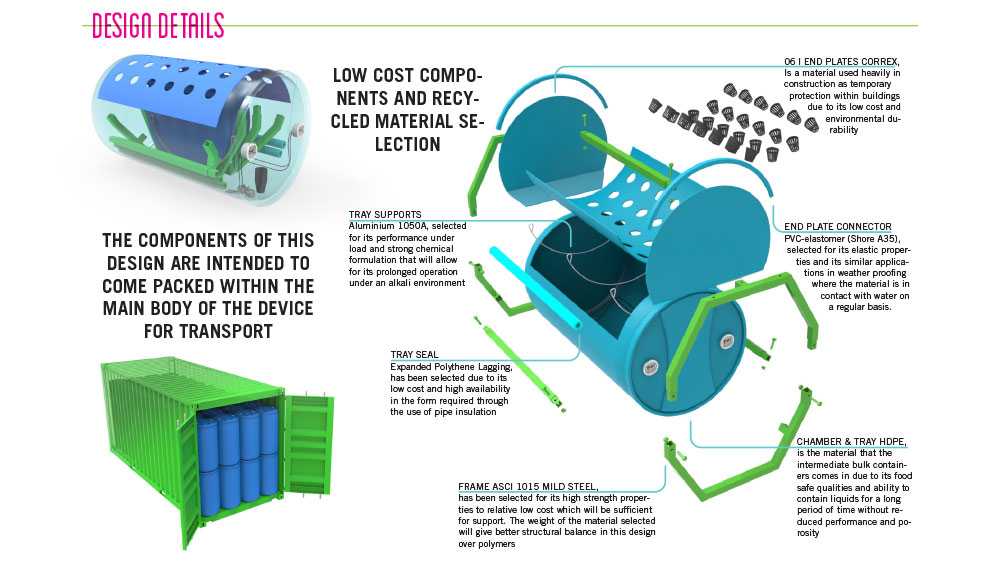 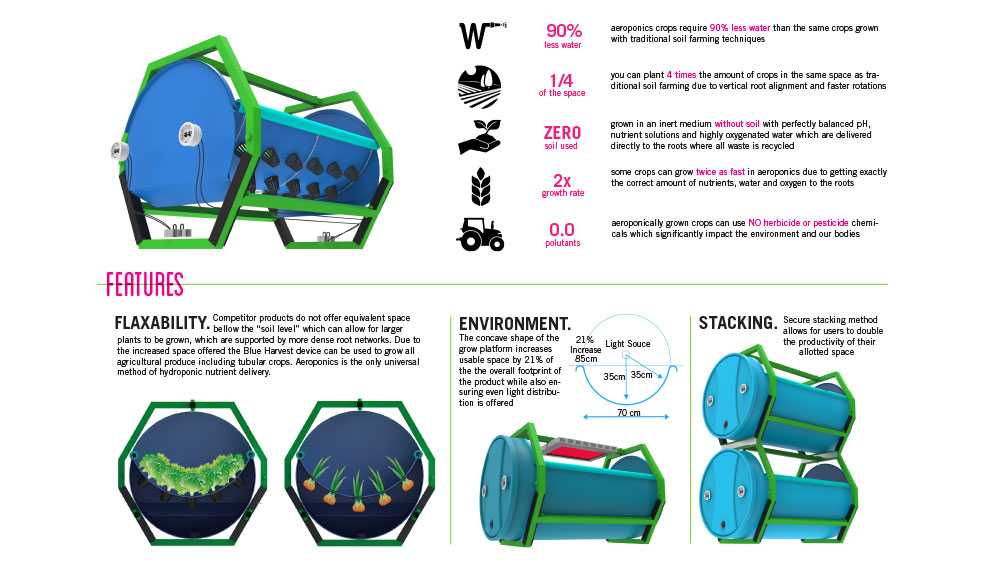 The final design of the product was intended to be delivered as a self-contained kit for use within commercial agriculture, city co-ops (reducing the pressure on rural arable land) and for disaster relief. 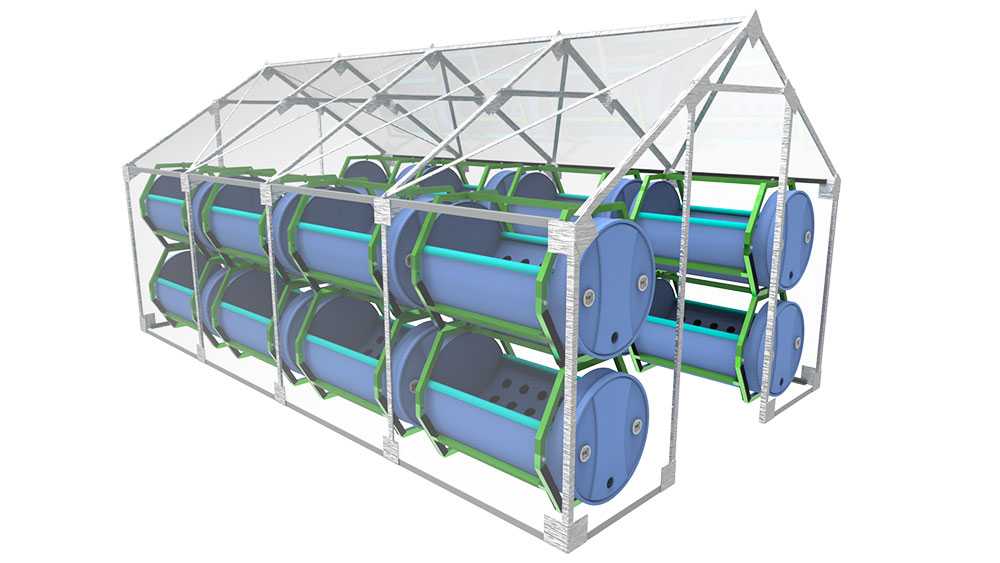 I was asked by The University of Leeds as one of 12 students to showcase my concept at the 2014 new designers exhibition in London (Angel, Islington). Here’s a photograph of me standing next to my design display, unfortunately, this low-quality OG Instagram pic is all that survives. 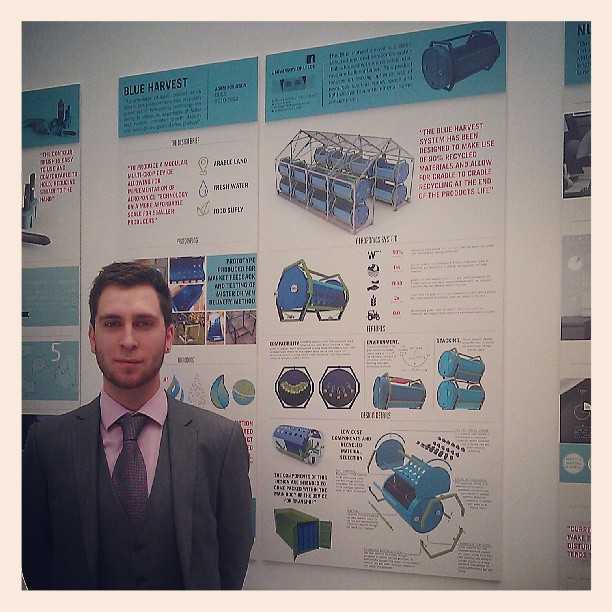 I learnt a great deal about hydroponics while getting into the weeds with this project (no pun intended) and it’s an area I’d like to revisit in the future. I’ve kept a keen interest in the subject and I’ve been closely following the food computer an idea spawned out of OpenAG @ MIT (Massachusetts Institute of Technology). The food computer is a closed system and climate-controlled IoT device. I’d like to explore this concept further with an MVP.