The SLPY wearable sleeping bag was developed by Attacking Design in the summer of 2014. The product went through numerous iterations of prototyping before it reached it’s first revision late 2014. This process involved chopping up Chinese samples on my flat floor and really putting them through their paces. After it’s initial run and when the design had gained a foothold in the “glamping” space the product was later revised into the SLPY MK.2. This revision was a far superior garment as a result of bringing the manufacturing to the UK from China and moving to softer sublimation printed fabrics.

This photo was taken during the products first lifestyle / promotional photoshoot in North Yorkshire. I can be seen in the Orange bag with my business partner at the time Owen Williams, in black. Martin Brailsford the product owner can be seen in blue and a notable mention goes out to Barney Morriss my friend and successful male model in green… he’s come a long way!

Launch Material: Introducing SLPY’s - Original Sleepy a wearable sleeping bag that looks great and keeps you toasty. The Original Sleepy allows you to explore in comfort and will be your companion in the wild or the city. Despite its colorful appearance it doesn’t compromise as a technical product which is suitable for mountain wear as a high spec sleeping and bag convertible jacket. 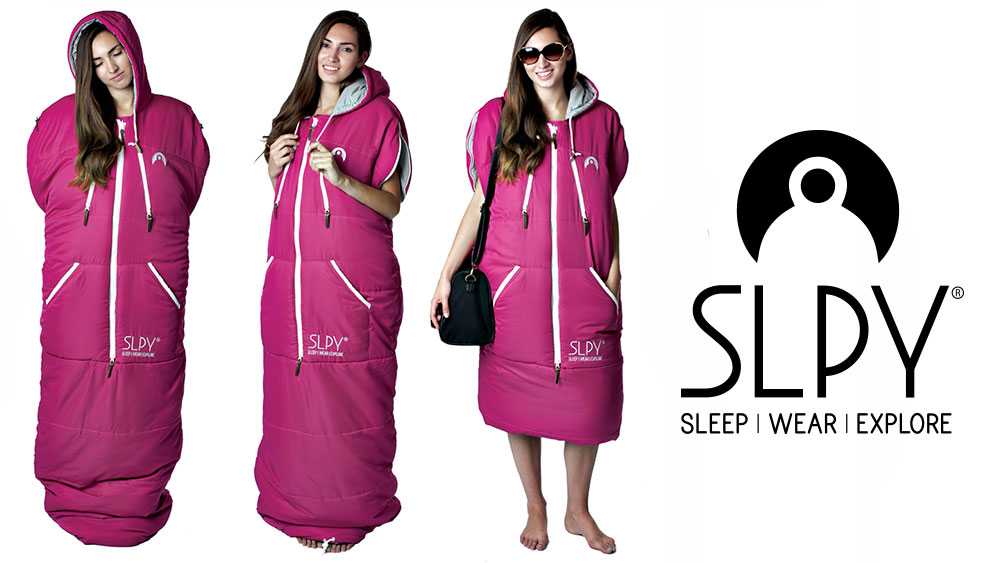 The key themes targeted in the branding process came from contemporary streetwear, this was to help differentiate the product from the niche technical outdoors brands and to add a level of familiarity for the intended audience. The final logo which was comprised of a simple inverted silhouette of the hood section of the sleeping bag with the strap-line (sleep – wear – explore) to communicate the various configurations the product can be worn in. 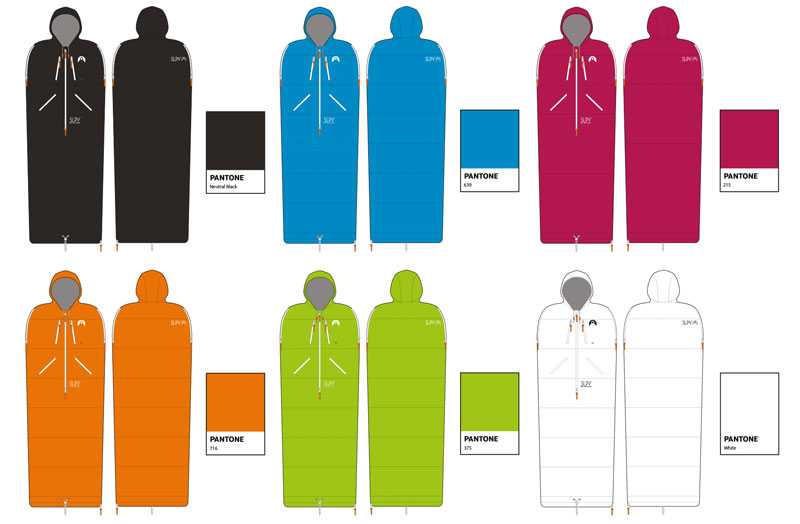 An initial prototype was produced in early 2014 to validate the design. From this rough prototype, we concluded that the overall mechanism of the product would work and it was something that could be developed. At each critical stage of the design process, a working prototype was manufactured in china and then evaluated. These stages covered appearance, dimensions, material quality and anthropometrics. The MK.1 was available in 6 colourways. 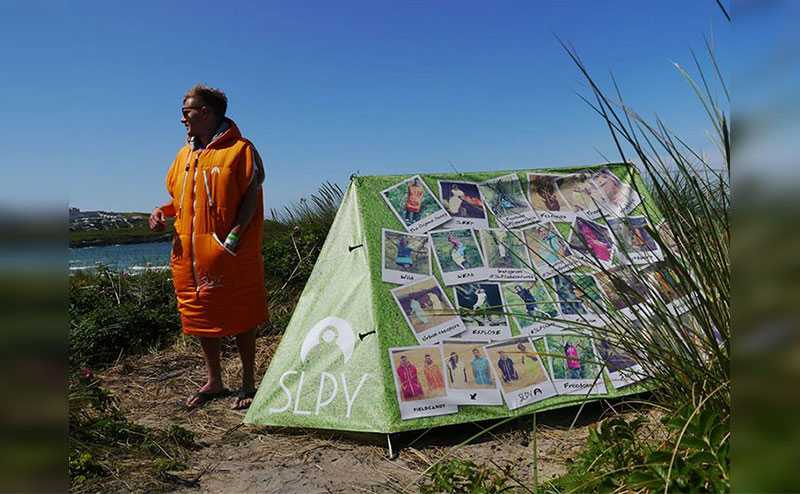 Upon generating the initial product design, the SLPY was soft-launched at Boardmasters 2015 to coincide with the SLPY.com website launch. Prior to the grand unveiling further graphic assets, we’re produced to support the SLPY launch based on imagery from a product photoshoot. These designs included: promotional merchandise, a trade-stand and a Fieldcandy tent collaboration.

Social media engagement was drummed up using the #SLPYAdventueres hashtag on Facebook, Twitter and Instagram. Competitions were run at the launch event to win a bags and further competitions we’re undertaken after launch encouraging owners to take pictures of themselves “Sleep - wear - explore”-ing in their SLPYS. 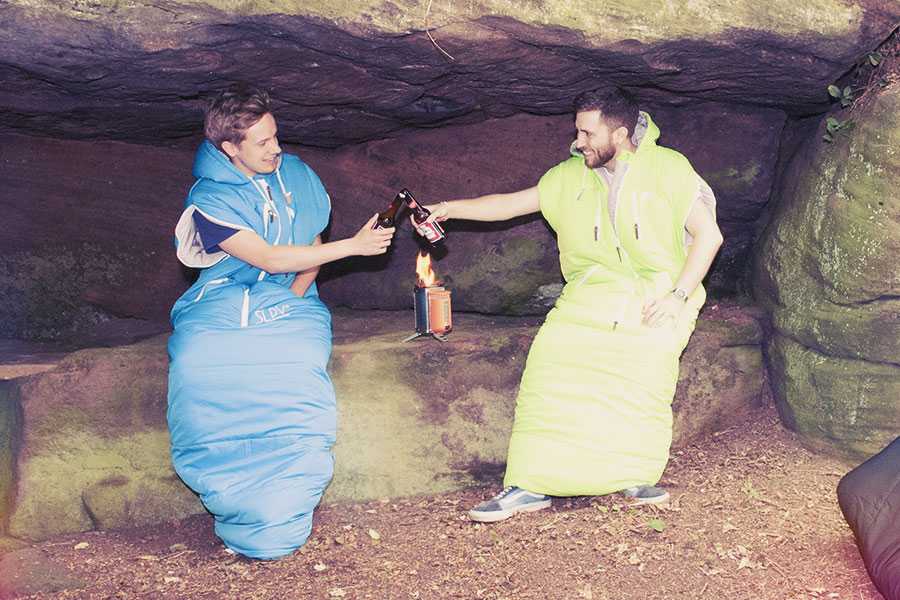 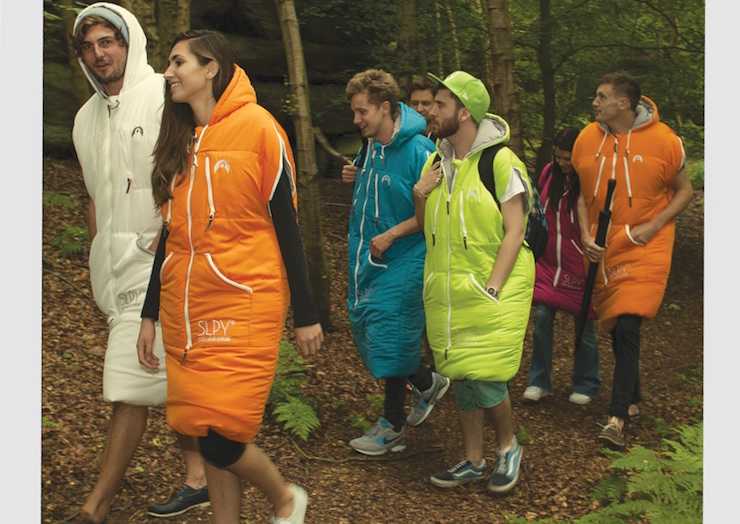 After a just over a year of the MK.1 being on the market, the MK.2 redesign was finished and was launched. This product was manufactured in the UK which resulted in increased production costs but resulted in a far more refined product. The marketing for the MK.2 was handed over to Intermarketing agency in Leeds while Attacking Design still carried out product development.

The MK.2 made use of sublimation printing which allowed for the bags to become real statement pieces. The colourway options for the MK.2 were far more extensive and featured several design collaborations with outdoor brands. The initial MK.2 colourways came from nature-inspired macro photos covering the bags such as dandelions, horse chestnuts, coral and morning dew which made for striking patterns which had reverence to the outdoors without being too utilitarian.